About ten years ago I saw a quilt that used unzipped zippers as the curving stems of growing flowers, and I started wondering…   What would happen if those zippers were zipped?  Could they be zipped?  What shape would the quilt take if they were? I wondered about that for a long time before I did anything about it.  I wanted to create an interesting or useful form when the zippers were zipped.  I wanted an engaging design that had meaning both in the two and three dimensional forms. I wanted to find a way to have the design and meaning transform when the form changes.  I came up with all kinds of complicated variations.  So many that I was overwhelmed and couldn’t start to work.  But finally I tried the simplest shape possible, and the result was Unresolved, shown here in 2-D: 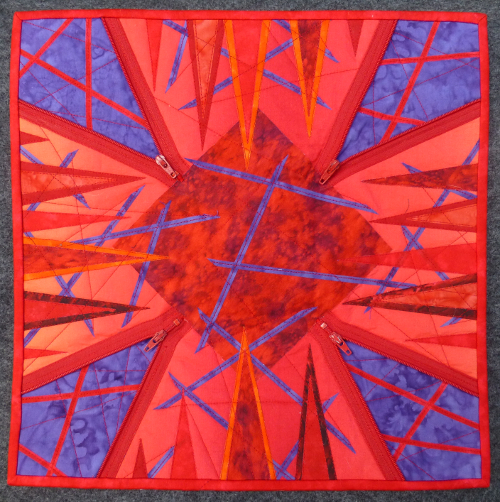 and here with the zippers zipped to form a bowl: 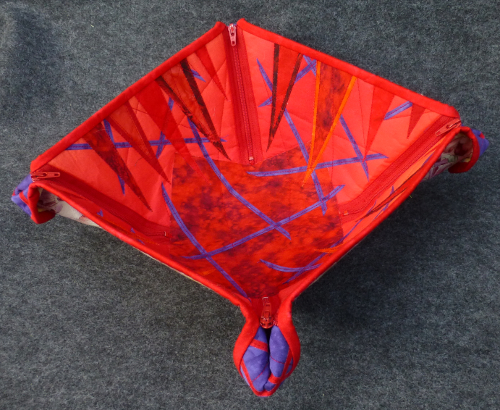 Later I worked with circles, first with the zippers kept straight and placed radially as in Compass below: 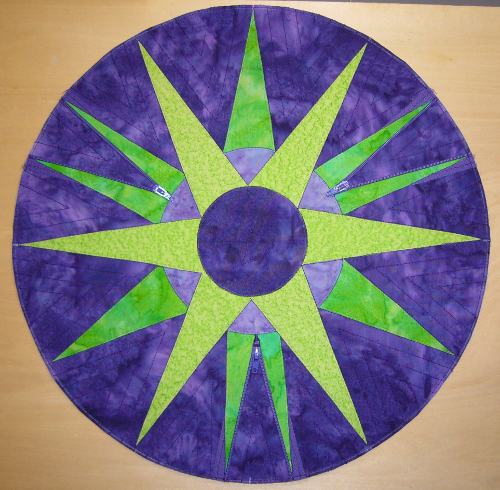 which zips into a shallow bowl: 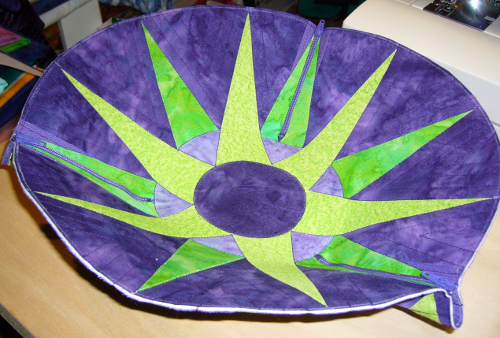 and I also started creating a different design on the back that becomes the outside of the bowl: 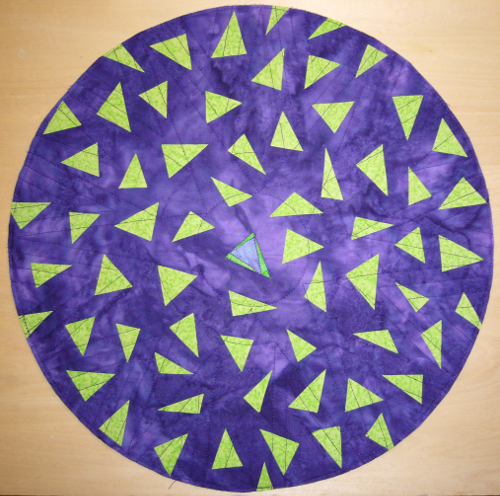 And then, with Into the Ocean, I started curving the zippers and placing them tangentially to see if they would still zip: 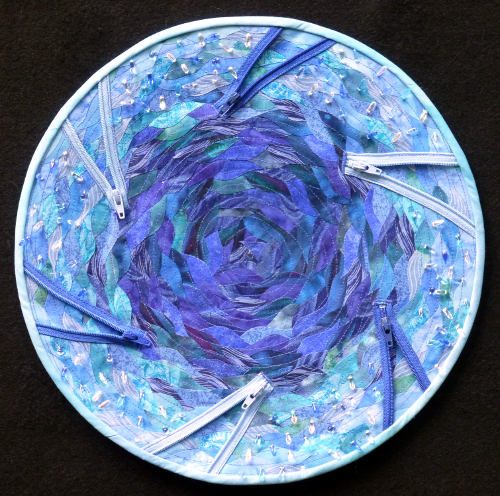 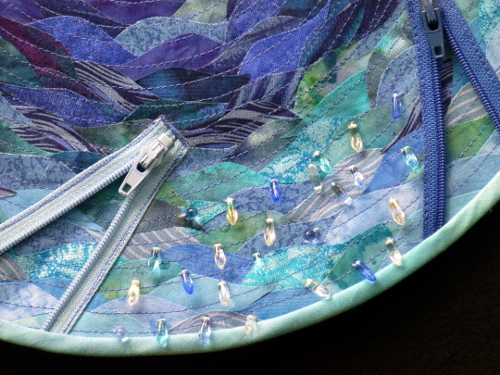 Since the two sides of the zipper are different lengths, I wasn’t sure what would happen when they were zipped, but it was a wonderful surprise: 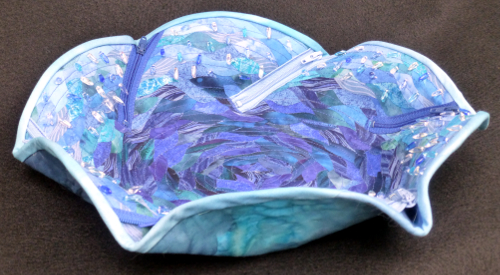 And with Transformation, I tried another type of curve for the zippers: 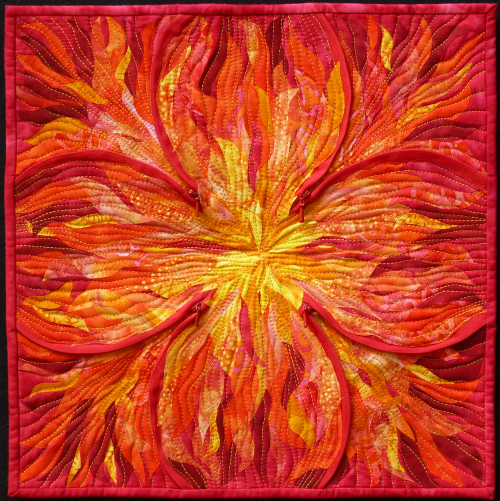 which created an interesting sectioned container when zipped: 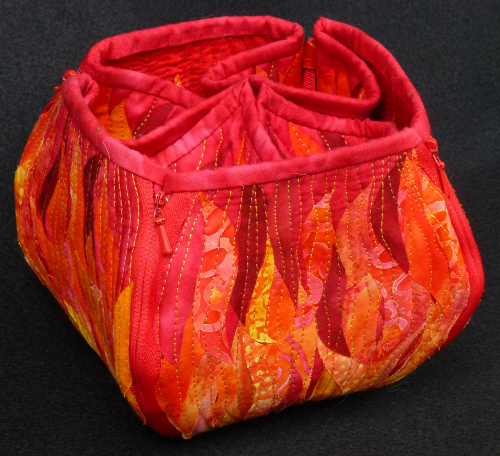 and the back is completely hidden on the inside when closed: 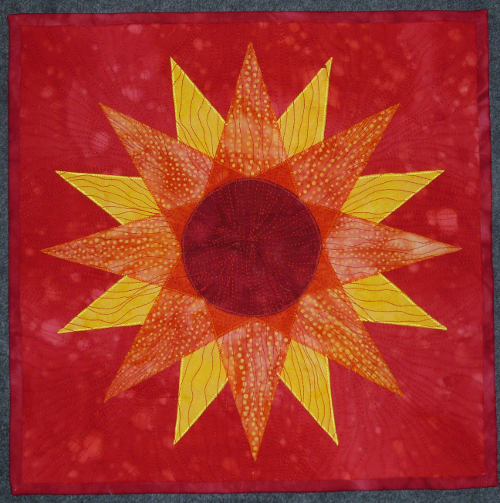 I’m still fascinated by the concept, it satisfies the left-brained engineer in me as well as the artist.  I’m ready to start work on more of these zipper-sculpted creations, hoping for more new discoveries.

This entry was posted in fabric bowls, fabric collage, zipper-sculpture. Bookmark the permalink.